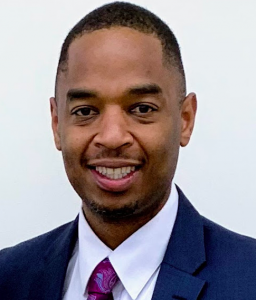 Principal Torrence Rothmiller began his career as an alternative education teacher with CEP in the fall of 2004. He then moved on to work as a 6th-grade teacher at Discovery Charter School before entering the School District of Philadelphia in 2009, where he served as the Middle School Social Studies Teacher for six years at Morton McMichael Elementary. The end of the 2019-2020 school year marked Principal Rothmiller’s fifth year in administration (1-year Assistant Principal at Universal Vare; 3 years Assistant Principal at Rudolph Blankenburg) and he is ecstatic about transitioning into his first as Principal of the Andrew Hamilton School! He is welcomed to Hamilton along with his wife and two children.

It is Principal Rothmiller’s privilege to serve as the Principal of Andrew Hamilton Elementary. He got into this work for one reason and that is to equip scholars with the power of choice! Having options allows them not to settle for the status quo, but to dream big. To see children win and get a fair chance at life starts here with us, by providing them the ability to go to the high school of their choice. He looks forward to working with you to provide the best learning experiences for all of our scholars.

He whole-heartedly believes that all scholars have the ability to learn and grow throughout the school year. Under Principal Rothmiller’s guidance, Hamilton aims to be a culturally responsive school that will focus on the whole child.  Hamilton will strive to engage our children in powerful learning experiences that set them on the path to being critical thinkers and life-long learners! 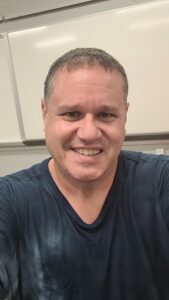 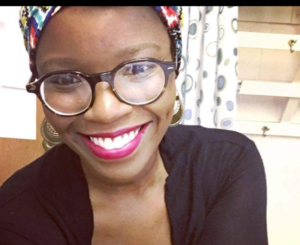 Mrs. Saffiyah Stephens was born and raised in West Philadelphia, just a few blocks from Andrew Hamilton. Inspired by the incredible instructors she had as a public school student herself, it is only right to carry on the torch of serving students and families in West Philadelphia. She joined the Andrew Hamilton team in August 2021, but has been a teacher in the School District of Philadelphia for eight years. Those eight years were happily spent at James Rhoads Elementary School, where she taught Kindergarten, fourth grade ELA, fifth grade ELA, eighth grade ELA, and Writing Enrichment for grades K-8. Prior to joining the School District of Philadelphia, Mrs. Stephens served as a Pre-K Counts teacher at The Parent Infant Center and as a Special Instructor for students with special needs at Elwyn.

Mrs. Stephens is excited to join the Hamilton team and looks forward to continuing the work of shaping the next generation of thinkers, innovators, and social and political activists who will build our culture and society beyond our wildest dreams. 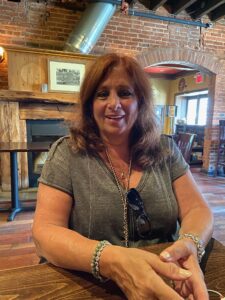 Fayne Paley has served as the Special Education Liaison for the Andrew Hamilton School for the past seven years. Mrs. Paley graduated from the Philadelphia College of Textiles and Science with an undergraduate degree in Textile Design. It became apparent to her that she needed to change her career choice shortly before graduation. After graduation, she went into retail (clothing, shoes, and even co-owning a supermarket.) She began working at the School District of Philadelphia as a per diem substitute in 1996. She enjoyed working with children so much that for the next seven years, she became a long term substitute. Finally, she went to Saint Joseph’s University for her Master’s Degree. While there, Mrs. Paley earned a dual certification in Elementary Education  grades K-6 and Special Education grades K-12. She has been a proud member of the Andrew Hamilton School community since 2007. Her favorite quotes are “Every student can learn, just not the same day or in the same way” and “Every child is gifted… they just unwrap their packages at different times.” Deborah Zolot was born and raised in Philadelphia. She received her undergraduate degree from Arcadia University with a major in Elementary Education. While raising three children, she earned her Masters Degree in Elementary School counseling also from Arcadia University. She began her career in 1993 working at Cora Services, an agency that provides counseling services to the private and parochial schools in Philadelphia. After five years with Cora Services, Mrs. Zolot was looking for a more challenging and diverse experience. She joined the School District of Philadelphia at the Edward Heston Elementary School, where she served as the school counselor for fifteen years. In 2014, Mrs. Zolot moved to the Andrew Hamilton School where she is happily serving as the school counselor. Mrs. Zolot’s vision is to provide a comprehensive educational counseling program that addresses the academic, career, and personal/social needs of all students. Mrs. Zolot is committed to advocate for students and collaborate with parents, staff, and community partners to ensure that all students graduate with the knowledge, skills, and attitudes that will allow them to excel in a diverse society. Hamilton and Butterfield Elementary Presenting Our PBL Scope and Sequence in Napa Valley!